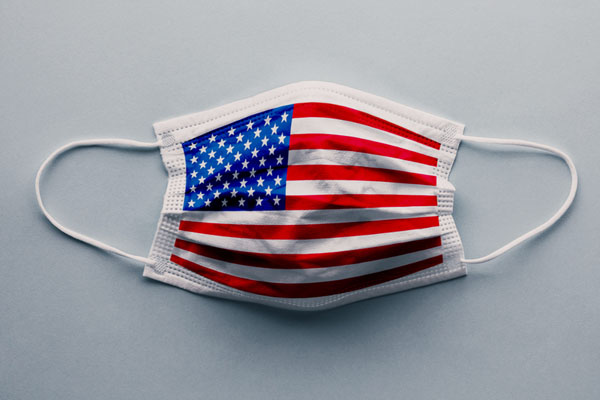 Biden making his campaign largely about COVID may seem like a promising, even obvious, strategy. But to me it’s a strategy whose ship has sailed.

There is no doubt that Trump’s handling of the pandemic contributed mightily to the health crisis the country is now facing. His failure to recognize it as a problem, his dismissal of the science, his failure to implement social measures, his failure to ramp up testing, his failure to even come to grips with reality… the list is almost endless.

And while we’re at it, why do we keep letting him get away with his one real talking point when it comes to his handling of the pandemic – his decision to cut off travel from China. Does no one see the hypocrisy at work there?

the decision to cut off travel from China…

Here’s how I imagine the decision to cut off travel from China went down. There’s a meeting in the Oval Office with all his advisors, medical and otherwise, and they’re grimly laying out his options for how to respond to the pandemic. Those on the scientific and medical side of things are telling him about logical, scientifically proven steps, such as buying more PPE and ventilators, ramping up testing, setting up more hospital beds, implementing social measures, which includes (horror of horrors) a partial shut down of his wonderful economy. In other words, they outline the steps that all other nations have taken that have shown success in battling the disease.

So Trump sits there wallowing in the misery of these options, until suddenly someone (my guess would be economist Peter Navaro) comes up with the option of options – cutting off travel from China.

Trump’s first thought is, “You mean I can actually do that in the middle of a trade negotiation, and then blame it on the virus?” And the answer, of course, is, “Yes, that would be quite appropriate.”

Well that’s it. End of discussion. Why spend all that effort of sorting through all those difficult and painful scientific and medical steps, when all you have to do to stop the pandemic is cut off flights from China?

It was just so perfect for him. It allowed him to avoid the responsibility, not to mention the brainwork, of having to deal with the reality of a global pandemic. And since it’s a strategy that falls in line with others he’s employed throughout his presidency, and totally in line with his public persona, it took no effort on his part to explain the decision to his base.

He didn’t have to reach beyond himself in any way. He just continued to do what he has been doing his whole presidency, his whole life it seems, blame his problems on somebody else, anybody else but him. Case closed. Decision made.

I guess my point is that, though it was a good move, it wasn’t based on any strategy on his part, at least not a medical strategy. If it had been, he would have cut off all travel from China, and from the EU as well – or from Italy at the very least. But no, it wasn’t a strategy made with the facts of the virus on his mind. It was his own self interest that drove him to that decision. In other words, it was just him doing what he always does and always has done, and in his usual knee-jerk, narcissistic way.

But either way, my real point is that that is all in the past. We are now at the point where the virus is still at unacceptably, if not  dangerously high levels. And no amount of testing, no amount of PPE, no amount of anything short of a vaccine is going to get this thing under control. The only other measure that will have any effect, is individuals taking the steps we have all been hearing about ad infinitum for months now. And the only way for that to happen, is for the country to do what every other successful country has done – and that is to shut down the economy in a truly effective way and for a sufficiently long and painful amount of time. And that is not going to fly politically. Look what happened when Joe Biden suggested it.

So what does that leave as far as viable, palatable solutions? Nothing. That’s what it leaves.

So what’s the point of criticizing Trump for his current proposed “solutions,” when no one has solutions of their own, and least none that are widely accepted by the scientific community, and the American electorate as a whole?

So we’re back with the same situation we faced in 2015, with Trump offering ridiculously simple solutions to difficult and complex problems, for which no one seems to have anything logical and politically palatable to offer in return. All of which leaves us with no way to rationally and effectively criticize his solutions.

And that in turn means that yesterday’s border wall paid for by the Mexicans has, for the moment, become hydroxychloroquine, and Clorox injections.