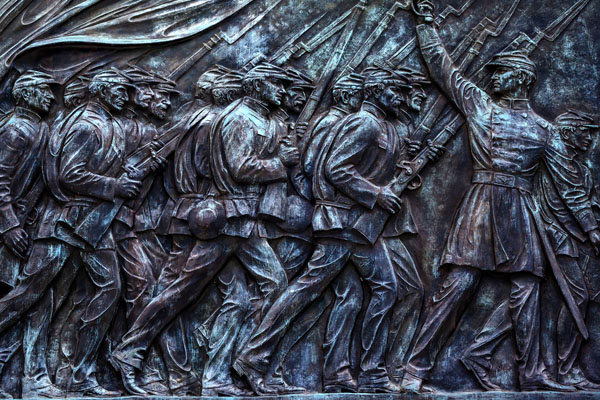 What will Trump do if defeated on November 3?

With his own personal freedom on the line, not to mention his fragile ego, Trump and his campaign are unleashing teams of lawyers, sending them all across the country to battleground counties in battleground states, with the sole purpose of doing everything they can to nullify as many votes as possible. But it won’t just be about rejecting ballots – though that will certainly be their immediate goal. In fact there will almost certainly be much more to their efforts than that. Because they will not just be concerned with nullifying a handful of votes. Their ambitions will be much broader and more strategic.

The ultimate goal will be to create as much chaos and confusion as possible, with an eye on dragging things out until December 6, the day the electoral vote will officially be tallied. Because if Trump can create enough confusion about mail-in ballots and other “irregularities,” their hope is that in close contests these apparent electoral violations will be enough to offer cover for Republican governors who would be willing to nullify the decision made by the voters of their states.

And as I understand it, Clause 2 of Section 1 of Article II of the Constitution would allow them to do that. Apparently that section leaves it up to the states to decide how they pick their electors. Which means those Republican governors and their legislatures could appoint electors of their own choosing, ones that would support Trump and help return him to the White House.

And some red state governors are likely to get plenty of support in that effort. Just think of all the deep state conspiratorialists in  those states, who believe, really believe, and will continue to believe, that the country’s elites are plotting against their champion – and have rigged the election so that it would appear he’s lost.

Then think of all the armed militia members around the country, the vast majority of whom hail from Trump country. And further think about their supposed reason for being – to protect the country from rogue regimes that threaten to take away their freedoms. So how do you think they would view anyone who is trying to install Joe Biden – this creature of the deep state? And how do you think they would feel about installing someone so closely aligned to the likes of Bernie Sanders and AOC and other far left elements of the Democratic Party – which is certain to be how the far-right media will play it?

And the more the courts and Wall Street and Hollywood and the mainstream media, not to mention the rest of the “deep state,” continue to fight back against Trump, the more he and his supporters will feel backed into a corner. And as a result, the more sympathy will build for Trump and his followers – even among those who voted against him in November – especially those who were only marginally inclined to do so.

And that feeling will be reinforced by video loops from around the country of his wild-eyed opponents dancing in the streets the day his election defeat is announced – a defeat his supporters will surely feel has been orchestrated by the deep state. That in turn might cause them to start to think that maybe Trump wasn’t so bad after all, at least compared to the Washington elites who so vehemently oppose him and are now trying to remove him from office.

All of which means the whole confusing mess is likely to build to a boil as Biden’s January 20th inauguration approaches. And due to social distancing concerns, it is likely Trump supporters will outnumber Biden’s in Washington in the days and weeks leading up to that event – and by a wide margin.

It is highly unlikely that angry Trump supporters, especially armed militia members from around the country, are going to be shamed into practicing social distancing. And it is equally unlikely that those who have sworn an oath to defend the country from the likes of the deep state, and are supposedly willing to put their lives on the line to do just that, are going to be worried about a little virus – especially one that is really just a hoax.

And what happens when the police and the national guard, possibly even the military, are called in to confront those crowds – and at the behest of the Washington elite and members of the future Biden administration? Not only that, but there is a strong possibility, even likelihood, that members of those law enforcement agencies who are Trump supporters will refuse to participate in that exercise of power over their comrades. And what do you suppose will happen then?

Add to that the likelihood that many of Biden’s supporters who do show up for the melee, will be there solely to confront those on the Trump side of the barricades. Which means they will be spoiling for a fight as well. All of which will almost certainly lead to three way clashes between the police and the supporters of both Biden and Trump.

And given the number of armed participants, there is likely to be a shooting or two… at which point, all bets are off as to where the whole mess might eventually lead. Though given the mood of the country and the makeup of the participants, it is almost certain to escalate much much further, only to continue, in one form or another, for months if not years to come.

In other words, welcome to America’s second civil war.