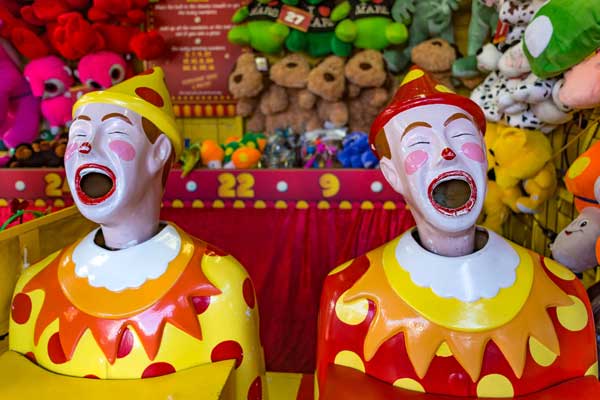 The second aspect of Trump and his politics which I came to accept while writing a novel about him, is that the Trump phenomenon is not about Trump – not really. It’s much bigger than that. Because the way I see it, Trump is more a symptom than a cause.

In fact the forces that put him into office have been with us for decades, and during that time have been steadily building towards his presidency. He just happened to be in a perfect position and had the perfect attitude and constitution to take advantage of those forces. That is one reason his election did not take any particular skill on his part. He did not have to learn how to read the tea leaves and adjust his style accordingly. Trump was already everything he needed to be, coming to the process fully formed and ready to take the reigns of a world that had fallen so badly into dysfunction, disrepair and disarray.

Can anyone really make the argument that anything but a completely dysfunctional political system would allow someone like Trump to triumph the way he did in 2016?

I suppose there are some who think “dysfunction” might be too strong a word to describe the political world we now live in. But can anyone really make the argument that anything but a completely dysfunctional political system would allow someone like Donald J. Trump to triumph the way he did in 2016 and then continue to dominate the scene in the years since? I think not.

So how did we get here? What are the forces that led us to the point where a man like Trump was able to assume the highest elective office in the land and the most powerful position on the planet? And perhaps more importantly, after more than three years, why do we not know the answer to that question, or even where to go to find it?

I think Tony Everton, the head of security for The Contrarian Candidate, sums it up best:

“In the past, Tony knew, [that Americans] might have looked to their political parties, or the companies that put food on their tables, or the churches, synagogues and other houses of worship that provided their spiritual sustenance [for answers to those questions]. But over the previous few decades those institutions had been steadily losing power – certainly in terms of their ability to influence public opinion.

Political parties had lost that power because of the public’s newly acquired awareness of the sausage making process, often having access to as much information as those in power. Corporations had lost their power because of the way they had come to treat their employees – no longer promising a job for life, one with healthy working conditions, to go with a healthy salary and benefits. As a result, those corporations no longer enjoyed the kind of loyalty they’d once had – and with it, the power to be arbiters of public opinion. Loyalty was, after all, a two way street.

So where else could individuals go for guidance? Most were left with only their houses of worship. Which was perhaps why the religious right had become such a powerful political force in the country. But Tony knew as well as anyone, that for most Americans faith in God and church had waned, especially over the previous few decades. And to Tony that seemed to indicate how, once again, a glut of knowledge and information could lead to unforeseen circumstances.

Science had become the new religion. And it did not believe in anything – except science. As a result, we were no longer allowed to believe in anything that could not be stuffed into a scientific formula. Which left compassion, morality, higher purpose, and other foundations of the human spirit completely out of the equation.

And that left many of us feeling like homeless children, wandering the streets, starving for food, shelter, and most of all, a sense of belonging; looking for anyone who could make us feel empowered, and in the process make us feel a part of something bigger than ourselves. So we surfed the Internet looking for someone who could show us the way, someone who would help guide us through such incredibly difficult and confusing times – perhaps the most difficult times of our lives, and of our country.

Tony knew that as humans we needed that sense of belonging, that sense of believing in something, anything that could help make sense of an ever more confusing world. But instead, all we wandering urchins found were thieves and gangsters who used us in any way they could, and always for their own ends. And why wouldn’t they? After all, they didn’t believe in anything either.

What made them seem strong, was that they had a stronger belief in themselves than did those around them. And that seemed to be the only belief worth having in the world of today, the only belief that seemed worthy of respect in such complex and chaotic times. And that in turn made it seem as though those self-serving demagogues had something to offer, something to believe in, something for others to follow. Which was why so many of our fellow citizens were willing to fall in line.”

That last paragraph may describe Trump. But as the rest of the passage shows, he is not the central problem. He is just the filler for the void that lives deep inside many of us, one that stretches all the way down to the darkest reaches of our souls.

For his supporters, he is the place to park their anxieties and fears. They tell themselves, “With him at the helm I have little to be afraid of, because all my fears are being addressed. If anyone can do what needs to be done to overcome the problems of the country – the ones that I fear are taking it in the wrong direction and away from me and the ones I love – it has to be him.

“He is the one who can protect me from all those malevolent forces that are ready to swallow up my world – along with everything I know and love. Not only that, but Trump is the only one who seems to know how to identify those forces, and identify the harm they’re bringing to us all. So who better to understand what needs to be done? Who better to have my back in combating those destructive forces of hate?”

It is just as straight forward for Trump’s opponents as it is for his supporters, because for them no other enemy need apply. Get rid of him and everything will be good again.

And for those who oppose him, Trump is an obvious and convenient target. And for them too, he is a depository for their anxieties and fears. Only for them, he is the subject of those fears, and therefore the object of their hate. It is just as straight forward for them as it is for Trump’s supporters. Because for his opponents no other enemy need apply. Their fear and hatred and anxiety are all wrapped up in him.

And as a result, he gives them an easy out, a simple way to explain away their fear and misunderstanding of the world, and the fact that they have no idea where to turn for answers and no idea what needs to be done.

Get rid of Trump. That’s the answer and the only answer that is needed. Get rid of him and everything will be good again, and back to where it was.

But where does that really leave us?

In the end our political affiliation provides us with no real answers. Or maybe it’s just that the answers it does provide, are not really answers at all.

After all, our political affiliation does give us something to cling to, some way of identifying who and where we are within the vastness of what we see around us. But in the end, that affiliation provides us with no real answers. Or maybe it’s just that the answers it does provide, are so superficial and the solutions so toxic, that the answers are not really answers at all.

And while this blog and The Contrarian Candidate itself may not provide those answers, it will hopefully give us some idea of where we can begin to find them.