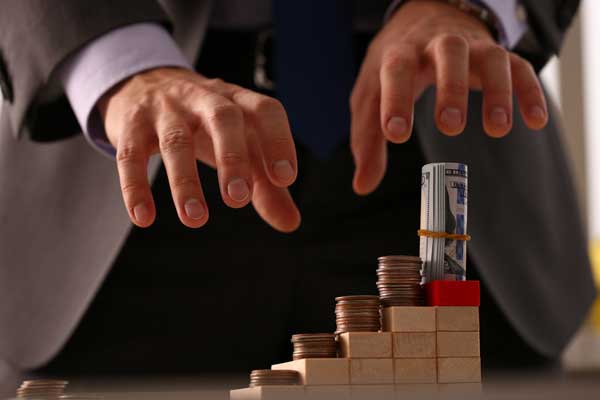 In the two plus years since I began writing The Contrarian Candidate, it has become increasingly clear through tell all-books and other reporting, that Trump is not the genius he was once believed to be.

After reading that last sentence, I’m sure some may be thinking, “Trump a genius, who the hell ever thought that?” The answer to that question, is a lot of people actually, a lot of very smart and politically savvy people, a lot of people who are supposedly in the know as to what is really going on in the country. In fact it seemed that the more savvy and connected an individual was, the more they were inclined toward seeing Trump’s genius.

And that belief about Trump began to develop the moment he rode down that escalator, and gave his now infamous speech about all those horrible Mexicans flooding across the border, and taking advantage of poor defenseless little USA. And as his numbers began to rise, that sense of Trump’s political prowess escalated, even as most pundits dismissed those numbers as somehow not reflective of the voting public. But as those numbers continued to rise, the talk of Trump’s particular brand of genius began to grow.

It had to be some kind of genius – or as Charlie Wyatt’s girlfriend Laura, and former Clinton 2016 operative, explains:

It was all way beyond our grasp, how a guy like Trump could be having so much success. So we punted on thinking about it rationally, and just chalked it up to genius.

“That was the way we started thinking of him, about how brilliant he was. And that was because we didn’t understand it… what he was doing and how he was doing it. Because it was all way beyond our grasp, how a guy like him could be having so much success. And we needed some way to come to terms with it all. So we punted on thinking about it rationally, and just chalked it up to genius; that the guy had some kind of magical talent that was way above our heads, way above our level of understanding.

“And that was when we started to look at every one of his stupid moves, every off the cuff comment, every ridiculous thing he did or said, as though it was another stroke of genius, and part of some massive strategy.”

And that is the way most of the media and the political elite continued to think of him throughout the campaign and even into the first years of his presidency – as having some kind of magical skill, some kind of political genius that was way beyond their ken. And it was only over the last couple of years, and coincidentally during the writing of my book, that that bubble of competence has (hopefully) forever been pierced.

But what of the evil part? What about the perception of Trump as an evil genius? That is the part that persists to this day, and as a result, is the aspect of our view of Trump that to me is most problematic.

The problem with seeing Trump as evil, is that it does nothing to bring us to a better understanding of the man and his followers.

The problem with seeing him as evil, is that it does nothing to bring us to a better understanding of the man and his followers. In fact it most certainly gets in the way.

For one, seeing him as evil gives us an excuse to reject everything he does as being motivated by some kind of evil intent, and some effort to harm the country – which in turn suggests his supporters must be evil as well. And as a result we become preoccupied with believing that that is what he and his supporters are trying to do, destroy the country, that that is what he is about and has been from the start, that he has some evil plan for destroying the nation and everything it stands for.

Now I will grant you that many, if not most of the things he does, may impact the country in that way, or at least have the ability to do so. But that is not why he does them. He doesn’t do all those crazy things because they’re bad for the country. He does them because they’re good for him. And if they’re good for him alone, well that’s fine with him and his narcissistic view of the world.

Admittedly this view of him has often been expressed, in one form or another, and is still being repeated today. But those who say those kinds of things, don’t necessarily seem to believe them. And if they do, they do not act as though they do, certainly when considering Trump’s opponents.

It seems as thought that evil genius meme is baked into our mediated view of him, no matter how incompetent he appears, and no matter how scatter-shot his policies seem. And I think my candidate Charlie Wyatt explains it best when he talks about the link between his supposed genius and his evil intent. So I’ll end with that.

“The president of the United States is not an evil genius. He’s just a narcissistic asshole – of the kind you find in every bar and boardroom, and every country club and fast food joint in this country.”

“So we need to make this as clear we can. The president of the United States is not an evil genius. He’s just a narcissistic asshole – of the kind you find in every bar and boardroom, and every country club and fast food joint in this country. He’s a garden variety asshole, nothing more, nothing less.

“Most of the things his opponents claim to be evil are just him doing whatever he figures he needs to do to stay in power. And for the most part that means doing whatever it takes to change the subject whenever he gets himself into trouble.

“And yes, there’s plenty of sick stuff going on around him… from the Neo Nazis and the KKK and the like. And yes, he certainly does use them to some extent, mainly as a diversion. But for the most part it’s a matter of them using him, by using the stupid and hateful things he says to justify their actions.

“In fact they use him in much the same way, or at least for much the same reasons, dictators and other bad actors around the world use him.

“Just look at the rich Russian oligarchs who purchase his condos as an example. I’m talking about the ones suspected of buying his properties, solely as a way to launder their money. Of course they would never tell him that. Instead they slather him with praise, telling the president the reason they buy so many of his condos is because of how much they love his properties and the prestige that comes with them. And he’s just dumb enough and self-centered enough to believe that.

“But if those allegations of money laundering are true, and if he truly is innocent – then the fact is, they’re just using him. They’re using his greed and his narcissism. But most of all, they’re using his stupidity.”