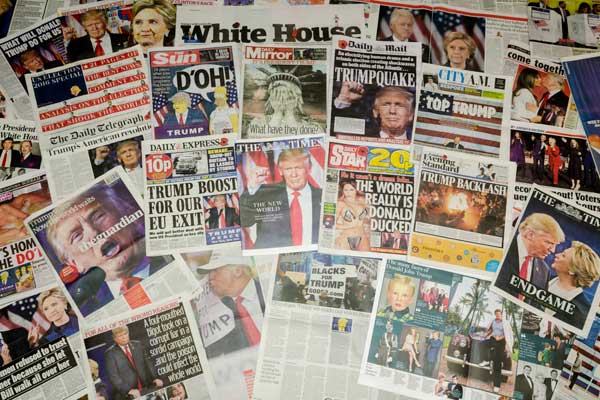 It’s hard to know where to start, because there really is no beginning to the story of this blog. In fact it’s the kind of story that seems to be happening in all directions and across all dimensions at the same time.

All of which is a roundabout way of saying this is not a political blog… at least not exactly. On the other hand, it is, in a sense, a very political blog – though not in the way most blogs are political. And by that I mean it isn’t about any particular issue. Nor is it about viewing the world from one particular vantage point or seat on the political spectrum.

Don’t take that to mean it isn’t partisan and critical at times, certainly when it comes to Trump. You only have to read the first couple of pages of The Contrarian Candidate to know where I’m coming from on that

A search for answers

But the main focus of this blog, and of my book, is a search for answers, answers to the many questions we have been asking over the last four, ten, forty years – about where we are as individuals and where we are as a world.

Because it seems to me a broad approach of that kind is the only way to come to terms with where we stand today, and in a way that will give us any chance of finding useful answers to the kinds of questions we have been asking. So I guess I would say that if you are not looking for answers, if you have no doubts about the world you live in and where you stand in that world, then this is not the blog for you.

But if you do have doubts and questions, as I think most of us believe we do, then this might be a place where we can start to find some of those answers.

I’m not saying I have them. In fact what might come across as solutions as presented in my book, are as much about asking questions as anything. And that is one reason, in fact probably the main reason the subject matter of The Contrarian Candidate could only be contained within in a book of fiction. And the reason I feel that way, is because it seems to me there are no clear answers to the burning questions of our day – about how we got here, and how we have arrived at a point where a man like Trump now occupies the most powerful position on the planet.

How did we let that happen? What was our role in allowing that to happen? What does all of this say about our world and each of our places within it?

These are some of the most important questions of our day – to which there are no easy answers. If there were, we would have found them by now. And those who say there are easy answers, are generally among those who are living farthest from the truth. Exhibit A: Donald J. Trump.

So let’s not go there ourselves. That is the big trap, the one we have fallen into with Trump. And that trap exists, in part, because of the nature of world we now live in. That trap is there because our world has become too complex for any one individual, or any group of individuals to truly understand – no matter how smart or well educated they may be. And of all the failings of our world, that is the one flaw Trump has been most able to turn to his advantage.

And that is because in a world of such complexity there are no easy answers, no single fifteen second sound bite that is going to provide real answers to any of the problems we face. But in a sound bite world, that is often all the time you have to make your point. And that is where Trump comes in. Because only someone with such a simple-minded understanding of the world, is going to be able to seemingly fill that fifteen second, 256 character void – in a way that sounds anything like a real answer.

That is the reason for his success, and may tell us all we need to know about how the global intelligentsia has failed us – by creating a world that has gotten too complex for even them to understand.

Enter the Trumps of the world, enter the conspiracy theories, enter the hyper-partisanship, enter the political dysfunction – with each side pointing to the other as the reason for all our problems.

But why are the answers so hard to find? And why do we not even know where to find them?

I think one of my characters sums it up best with his thoughts on the matter:

In the past, Tony knew, [Americans] might have looked to their political parties, or the companies that put food on their tables, or the churches, synagogues and other houses of worship that provided their spiritual sustenance. But over the previous few decades those institutions had been steadily losing power – certainly in terms of their ability to influence public opinion.

Political parties had lost that power because of the public’s newly acquired awareness of the sausage making process, often having access to as much information as those in power. Corporations had lost their power because of the way they had come to treat their employees – no longer promising a job for life, one with healthy working conditions, to go with a healthy salary and benefits. As a result, those corporations no longer enjoyed the kind of loyalty they’d once had – and with it, the power to be arbiters of public opinion. Loyalty was, after all, a two way street.

So where else could individuals go for guidance? Most were left only with their houses of worship. Which was perhaps why the religious right had become such a powerful political force in the country. But Tony knew as well as anyone, that for most Americans faith in God and church had waned, especially over the previous few decades. And to Tony that seemed to indicate how, once again, a glut of knowledge and information could lead to unforeseen circumstances.

Which I guess tells us all we need to know, about our need to look to new sources for guidance, while discovering new ways of finding answers to our most difficult and pressing questions. And that is what this blog is all about.