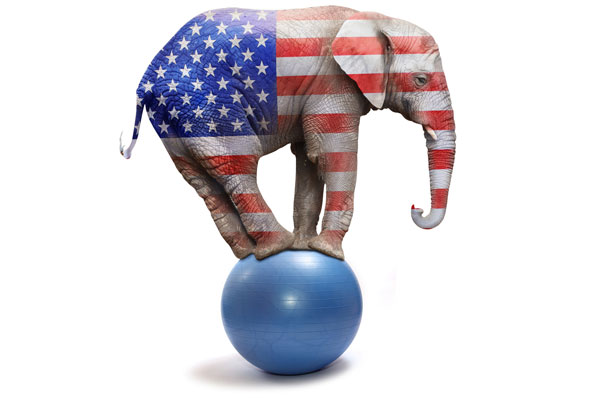 Part 2 – How did we create this mess?

My previous blog ended with a quote from my novel The Contrarian Candidate. And that quote itself ends with the idea that we, as individuals and as a society, have become too smart for our own good.

And one of the things that makes that seem so, is that even as we live in a world flooded with information and overflowing with vast quantities of accumulated knowledge, we are not necessarily left with the wisdom and other deeper kinds of understanding we need to navigate that world.

Science is not necessarily able to answer all our questions about the nature of the world in which we live, which leaves us with no other ways of understanding.

In part that is because science, the source of all that knowledge, is not necessarily able to answer all our questions about the nature of the world in which we live. And with science being our only source of knowledge, we are left with no alternatives, no other ways of understanding, and therefore no ways of filling the gaps.

And while we, as humans, have other ways of navigating and making sense of our world – such as intuition and common sense – those ways have become increasingly overwhelmed by the more tangible and rational forms of understanding, which science has taught us. And as a result, we have more or less left those more innate forms of understanding behind, to the point where they are now largely seen as irrational.

Those time-worn ways of understanding our world are not irrational – they are non-rational.

But as writer/philosopher John Ralston Saul points out, those time-worn ways of understanding our world are not irrational – they are non-rational. And in a world that does not seem entirely understandable through rational thought alone, they still do offer us value – that despite being generally disrespected, even ridiculed by the world of science.

As my character Tony puts it:

“Science had become the new religion. And it did not believe in anything – except science. As a result, we were no longer allowed to believe in anything that could not be stuffed into a scientific formula. Which left compassion, morality, higher purpose, and other foundations of the human spirit completely out of the equation.”

Of course, relying on science and rationality for our understanding of the world would not be a problem, were science able to explain everything we need to know about that world. But as I point out in my previous blog, that does not seem to be the case.

No doubt we have made great progress in our scientific understanding of much of the world we live in. And while science may not be able to predict such things as the speed and direction of the economy, it has come a long way in predicting the speed and direction of catastrophic events such as hurricanes. In fact we are light years ahead of where we were a hundred years ago, or even a few decades ago. And we’re talking about some of the most complex forces shaping our natural world.

It is not so much what god has built that we still find so difficult to comprehend. It is the things we create that are causing most of the disruption and confusion.

And that is why in the previous blog, when describing our lack of real world understanding, I used the phrase “modern world.” Because in many ways it is the most recent human-made changes in our world we have difficulty wrapping our heads around. Which tells us it is not so much what god has built that we still find so difficult to accommodate and comprehend. It is the things we create that are causing most of the disruption and confusion.

And that’s because the world we’ve made for ourselves building by building, street by street, city by city, nation by nation, is composed of a vast array of complex and competing forces, each of which interact with each other in so many complex and competing ways. And there are no real underlying principles upon which those building blocks seem to stand – other than what works. In other words, our world is founded upon whatever has been able to rise out of the roiling swamp of human ingenuity. All of which makes that world nearly impossible to understand, even when one of its underlying forces can be isolated – never mind when considering all of them tangled together in a massively complex nation state.

Then add to that the fact that we are now part of a global world, in which each country with all its complex and interacting forces inevitably becomes tangled together with the complex and interacting forces of all the other nations combined. All of which leaves us with a massive jungle of forces that has become far too complex for anyone to understand, never mind those of us who have real lives to tend to, and other important concerns to occupy our minds. Besides, if the experts can’t understand even their narrow slice of it, then how are we to understand the totality, and in a way that allows us to make some kind of sense of it for ourselves and our families?

That is one reason we often feel forced to turn to more simplified forms of understanding, in order to, in a sense, cut the world down to size. That is one way to make the world seem smaller, and less tangled and complex. And even though it may leave us with a much more narrow, one-sided and, one could say, partisan understanding, that may be the only way for us as individuals to understand our all-too-complex world.

Not only does that allow us to look mainly at one side of each complex issue, it allows us to feel the support of all those who view the world in the same way.

Because at least with that approach we are able to see the world in a way we can more easily comprehend, and as a result, see it as one that is more comfortable to inhabit. Because not only does that allow us to look mainly at one side of each complex issue, it allows us to feel the support of all those who view the world in the same way and from the same side we do.

But while that may make us feel cloaked in a greater sense of comfort and understanding, it comes at a cost. Because although it may feel as though we are relying on our intuition and common sense – our non-rational thinking – to achieve that comfort and understanding, what is often happening is that we are being led down a path built entirely upon irrational thinking.

And we are vulnerable to that, because our non-rational thinking muscles are weak from lack of practice. So just as with everything else in this complex confusing world, we are forced leave it up to others to help show us the way.

Not only does it leave us with a divided world, it leaves us highly vulnerable to exploitation by the likes of Donald Trump.

And the downside of that approach is obvious, and becoming more obvious by the day. Because not only does it leave us with a divided and often hyper-partisan world, it leaves us highly vulnerable to exploitation by the likes of Donald Trump.

My character Tony explains how that can occur, and what happens when we have no way of truly understanding what is happening in our world, and feel we have nowhere to turn for answers:

“And that left many of us feeling like homeless children, wandering the streets, starving for food, shelter, and most of all, a sense of belonging; looking for anyone who could make us feel empowered, and in the process make us feel a part of something bigger than ourselves. So we surfed the Internet looking for someone who could show us the way, someone who would help guide us through such incredibly difficult and confusing times – perhaps the most difficult times of our lives, and of our country.”

Tony knew that as humans we needed that sense of belonging, that sense of believing in something, anything that could help make sense of an ever more confusing world. But instead, all we wandering urchins found were thieves and gangsters who used us in any way they could, and always for their own ends. And why wouldn’t they? After all, they didn’t believe in anything either.

What made them seem strong, was that they had a stronger belief in themselves than did those around them. And that seemed to be the only belief worth having in the world of today, the only belief that seemed worthy of respect in such complex and chaotic times. And that in turn made it seem as though those self-serving demagogues had something to offer, something to believe in, something for others to follow. Which was why so many of our fellow citizens were willing to fall in line.