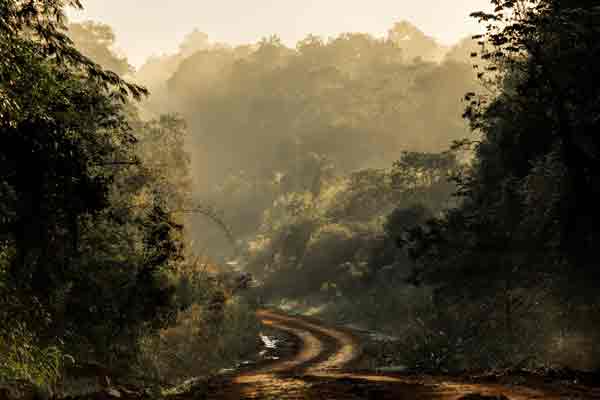 Part one – Biden’s Tangled Road Ahead

The victory achieved by Biden and Harris and the Democrats on November 3rd may turn out to be painfully hollow. That is especially true when considering the state of the nation and the nature of the world in which it took place, and the critical, pressing issues now facing Biden.

Despite Trump’s loss in the electoral college and his continued inability to accept the results, the election has to be considered something of a vindication for him, if only because, other than white men, Trump gained ground with every major demographic group in the country. And then there is the disappointment for the Democrats in down-ballot voting, with Republicans gaining seats in the House of Representatives and in state governorships and legislatures. Couple that with the fact that Republicans are almost certain to hold on to the Senate in DC, and you end up with what has to be considered something of a rout for the Democrats.

So where does that leave Joe Biden and his party? And where does it leave the country?

Surprisingly enough, it may not leave the country all that much better off than it was before.

Sure, Trump is on his way out of the White House. But he is far from gone from the scene, and will certainly be the dominate force in the Republican Party in the months and years to come. This is clearly evidenced by the way Republicans in congress and across the nation have supported his fanciful effort at holding onto power. That, even as that effort ventured into the world of farce – the child-like man, hiding under the covers, refusing to face the truth about a world closing in on him, whining and weeping to himself and those around him about how unfair it all is and how everyone is being so mean to him, and how one day he’s going to get back at them all – you’ll see.

Yet throughout it all, we’ve seen not one scintilla of backbone in the entire Republican Party. To this point, the only Republicans willing to speak up, are those who can do so at no political cost to themselves. Which tells you all you need to know about why the rest of them are staying so quiet. They know they need Trump’s voters to keep their jobs and for their party to stay in power. And that dynamic is not likely to change any time soon. Because if you’re waiting for the end of Georgia runoffs or for Trump to leave office in hopes that that will change things, think again, as I explain in an earlier blog The Trump fever-dream continues.

So much for ending the country’s divides, or even making any real progress in that effort.

Yet that seems to be Biden’s number one priority, at least as stated during his campaign.

Sure COVID has become his most immediate concern. But how much can he really do about that? After all, as he himself points out, dealing with the pandemic is about following the science. Well, the science is telling him this crisis will not end until we have mass quantities of an effective vaccine. And it is the scientists and their science that will determine that, not Joe Biden or the Democrats, or anyone else in Washington DC.

And as far as what he can do about the pandemic, that seems limited to changing the messaging in hopes of changing the actions and attitudes of the American people, in order to flatten the curve and otherwise deal with the pandemic in a more effective way. And that too is a problem of the nation’s political divide.

So how does Biden plan on healing that divide? That is the question that has yet to be answered.

Because despite the fact that it was the central focus of his campaign and a big part of his November 7th acceptance speech, to this point he has not shown us in any concrete way how he plans to do that.

In his acceptance speech he spoke of great movements and great initiatives of the past, all of which occurred in other times of great need.

“America has always been shaped by inflection points – by moments in time where we’ve made hard decisions about who we are and what we want to be. Lincoln in 1860 – coming to save the Union. FDR in 1932 – promising a beleaguered country a New Deal. JFK in 1960 – pledging a New Frontier.”

But after waxing poetic about those great achievements by other newly-elected presidents, and explaining how vital they were in bringing the nation together to solve its most urgent needs, he did nothing to offer a great movement of his own. He did not name or outline or in any other way spell out his great initiative for uniting the country. Which seems to suggests that he believes the nation will somehow come together around grand generalities about the country being “better than this,” and by him speaking warmly, sincerely and reassuringly about its ability to do that.

If his aim is sincere, as I believe it is, and he truly wants to bring Americans together, then he needs them to follow him to that less divided place. But if you want people to follow you, you have to give them something to follow. And vague notions about moving towards a less divided nation is not going to do that, not even close.

All of which tells us that despite the fact that uniting the nation has been his defining message, he still has no plan for how to do that in a way he can explain to the American people. And that tells me he has no real plan, at least none that has any chance of coming to fruition.

And that is very troubling, because that divisiveness is the most critical issue facing the nation and the world, and may be as critical in our time, as the issue of Nazi Germany was nearly a century ago. That is not a reference to our Nazi skin heads or even racism in general. It is a reference to the fact that the anger felt in pre-war Germany, the quite justifiable anger the German people felt in the wake of the Treaty of Versailles, is paralleled by what we see reflected in Trump and Brexit and other populist movements of our day.

As it was in pre-war Germany, that anger and resentment is the result of a vast, relatively-diverse class of people, who feel they have been wronged by those who run the world. They feel trapped in a world not of their own making, by policies that are being enacted around them by an undefinable class of elites. And as a result, they feel their voices are not being heard and their issues not addressed in the halls of power. And that leaves them to feel they have no stake in the world they live in, and therefore nothing to lose by supporting leaders and policies that promise to tear it apart.

Addressing this issue is the most critical challenge facing the world today. Yet no one seems to have any idea how to face that challenge, in the United States or elsewhere. The forces that have created the problem are not well understood, and to the extent there is some understanding, that understanding is not being acted upon in any concrete or sustained way.

In part that is because those who are in a position to do something about the issue, the new elite as they are thought of in general terms, are not heeding their own advice, and are certainly not acting as though they have an interest in solving those problems.

But ignoring the root of the problem is not going to make it go away. It is only going to cause it to fester, and as a result, impact every other issue our world now faces – from the containment of the pandemic and the economic recovery that will need to follow, to global warming and the rise of China.

And though these are global problems which require global solutions, that global world is still centered around the United States. In fact that world was built around the assumption that the world’s largest economy and its oldest democracy would act as its center of gravity in holding that world in place. Almost every institution that now makes up that global world was imagined and partly crafted by the United States, from NATO to the World Trade Organization to the United Nations and beyond. These are the institutions that define our global world. They are the ones that write the rules, arbitrate the disputes and set the boundaries for the world in which we live.

And the United States is still instrumental in keeping that world intact, no matter how the rest of the world now feels about it, and whether those feelings are purely a result of the last four years or not. Because the world still looks to the United States for direction. As Charlie Wyatt, my candidate in The Contrarian Candidate puts it:

“That’s just the way we are folks. And that’s what the world needs from us. In fact that’s what we need from ourselves.

“So instead of hiding in fear and putting up walls, the way our current president wants us to do, I say it’s time to get out there and meet the challenges of the world we created.”

But before any of that can happen America needs to solve its own problems, which more than anything means healing its divides at home. That is the focus of my book. And that will be the focus of this blog, certainly for the most part. Because that is the most urgent need of the country, and the most pressing need of the world it helped create.