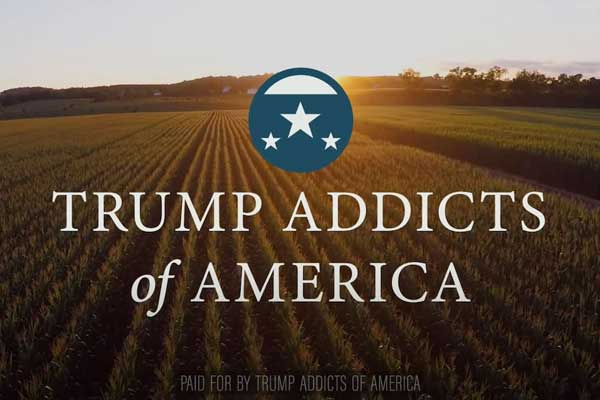 Living in a post-election, still-Trump-dominated world, or, I hate to burst your bubble, but…

The fervent hope among most Americans, along with pretty much the entire planet, is that the years-long fever dream might soon be over. And on November 3 the reality show nightmare we have all been trapped inside for the past four years will suddenly come to an end, when the number one villain is finally voted off the island.

Finally we will be able to move on. Finally we will go back to our real lives and back to the world that was, before the Twittering buffoon blew that world to pieces.

But as with all things Trump, or anti-Trump for that matter, that view now seems akin to dreaming in Technicolor, leaving this “Put America Together Again” chorus now echoing throughout the land, sure to fall flat

it is not going to happen that way….

Because the fact is folks, it is not going to happen that way, no matter what happens on election day. Anyone who thinks that just because the American electorate voted him out, Trump is going to fade quietly into the gaudy glitz of Trump Tower, wearing his favorite house coat, with bucket of fried chicken in hand… had better take another Xanax.

And I’m not even talking about the immediate aftermath, the unholy mess that is almost certain to follow the election. Though there is plenty to fear about that as well, as my blogs on that subject will tell you.

And that’s because of what Trump has done to the politics of the country, and the Republican party in particular. I’m thinking about the way he has repulsed everyone from white suburban women to conservative standard bearers like Bill Kristol and George Will – and may in fact have turned them away from the party for good.

So even if Trump is eventually dragged whining and blubbering like a spoiled child from the White House, he will not be gone from the political scene. Far from it.

Sure he may no longer have the oval office and the rose garden from which to bloviate about his greatness. But he will still have the one bully pulpit that really matters. He will still have his Twitter account with its tens of millions of followers. Not only that, but after his defeat, you can expect those numbers to rise, as more and more of his fans and foes find Twitter to be the most appropriate platform from which to appreciate his particular brand of diswisdom.

But that is not to say he will be gone from the airwaves or other media – not by a long shot. He will certainly continue to be a regular on FOX, where his presence will still be coveted. After all, his followers make up the core audience for FOX News. So just as it is with the Republican party, Trump’s base is now FOX’s base. And that is where Republicans in congress, and those across the country, will continue to go to hear what their dear leader has to say about the Trump-centered topics of the day.

In fact Trump’s defeat might even create something of a resurgence of his brand – or at least a repositioning of sorts. Because just as with his real estate “business,” his political brand is likely to become something of a franchise operation, as Trump wannabes from across the country begin climbing over each other in their eagerness to earn the right to be anointed as the true “one” – the leading candidate to carry his exalted message to Washington and beyond. And as a result they will all be lining up – not just to pay homage and bask the glow – but to get an insiders look at the Trump playbook.

And as with any franchisee, they will need to follow the format laid out by the franchise. Which, among other things, means they will be doing everything they can to stay in lock step with Trump and in the good graces of his voters.

And the same will be true for Republican members of congress who will be up for reelection in 2022. Because most of them will know they still need Trump’s voters to survive.

All of which means that nothing is going to fundamentally change in terms of how the country views the Republican party. Suburban women are still going to be repelled. And former party stalwarts are going to continue to feel they no longer have a place in the party. Which will leave them with nowhere to go to voice their views on political matters, and therefore no way to bring about change – like for instance, reversing all the changes that have taken place in the Trump era.

the party will still be the party of Trump

In other words, the party will still be the party of Trump. And as it has been from the start of his tenure, that means Trump will be the only one who has a voice – leaving every other “Republican” to be drowned out by the Trump megaphone.

And those disaffected suburbanites, especially white women, the ones who have been abandoning the party throughout the 2020 campaign, will see that Trump is still its dominant voice. In fact they will see that he still is the party. And they will want no part of him or the party under his thumb – leaving the Republican Party with no way to grow. Which will in turn leave it with a base consisting almost entirely of Trump supporters.

So whatever Trump says from his Twitter bully pulpit will continue to dominate the daily news cycle. Which in effect means he will still be running things. He will still be setting the agenda. He will still be out there in real time criticizing any move, foreign or domestic, which any Republican attempts to make – leaving them to cower in fear before his virtual presence.

So even as 2024 approaches and a new presidential election cycle looms, Trump will still be the elephant in the room. And he will still be vetting the candidates and setting the agenda. Not only that, but with him having served just a single term as president, there will be nothing to stop him from running again.

Think about that over your morning coffee… and then try to have a nice day. Or better still, check out this ad parody for “Trump Addicts of America” from Saturday Night Live.