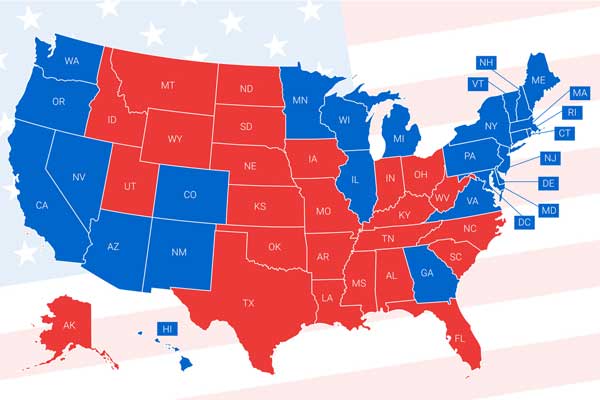 a strange kind of victory

First, it seemed pretty clear that the vast majority in attendance were there to celebrate Trump’s defeat, rather than Biden’s victory. Which makes me believe, as some pollsters have speculated, that Biden’s vote was even more of an anti-Trump vote than the pre-election polls seemed to suggest. And that sentiment certainly seemed to be in evidence in the crowds gathered in the streets.

“This is so great for democracy.”
“It’s finally over.”
“It’s a great thing for the country.”
“I feel like I can finally breathe again,”

These were the kinds of comments that could be heard from those in the crowd, and in the signs they carried with them. For example, one sign that was often repeated, and appeared as one of the largest signs at the Biden acceptance speech in Wilmington, Delaware, read simply, “You’re Fired.”

It all reminded me of an ad parody that appeared on Saturday Night Live the week before the election, and was mentioned in my previous blog. At one point in that ad, a voter, played by Pete Davidson, declares, “I wanna vote for Biden, because he’s better, smarter, better and… better…”

In other words, his vote was really about defeating Trump. And the same could be said for much of the voting public. All of which was a sharp contrast from 2008, the last time Joe Biden was on a winning ticket, and the kind of enthusiasm and chanting we heard from the celebrants then.

This time around there were few, if any, O-ba-ma, O-ba-ma -like chants. And the ones that could be heard, were relatively muted. For the most part what we saw in those massive gatherings was a huge exhalation by the nation, in the belief that the long nightmare might finally be over.

But is it really? A close look at the election results seems to suggest that may still be a ways off.

Because for that nightmare to truly come to an end, many Democrats believed they needed to see more than just an electoral win. They needed a moral victory as well, a total repudiation of Trump and his ways, by the American people. And they needed that to be stated in a clearly emphatic way. After all, went the thinking, that is the only way we can really move on, and in a way that will put this Trump fever dream behind us.

But the Democrats did not get that moral victory, not by any measure. In fact the repudiation we see in the election results, is as much a rejection of the Democrats and their vision, as it is of Trump and his.

After all, it’s not even clear that Biden was able to surpass, in percentage terms, the combined votes from 2016, of Hillary Clinton and the third part candidates like Gary Johnson. And according to the exit polls the only major positive shift between 2016 and 2020 was among men, at least white men. In fact it seems Trump only lost because he lost ground with white men, and in a big way, with his share dropping by 13 points.

But among nearly every other major demographic group, he gained ground. And as with all Trump-related polling, that shift is probably more substantial than the exit polls seem to suggest. Still, what those polls do show, should be troubling enough for most Democrats.

Let me say that again, because I think it bears repeating. After four years of living with a president, who many, if not most, regard as racist, misogynistic, incompetent, dishonest, narcissistic, corrupt, and with all manner of other seemingly disqualifying characteristics, most white college-educated women voted for Trump. That is stunning, especially when you consider that their white male counterparts did not. And it says a lot about how far the nation has to go in its healing, and how little we know about what is really happening in the country. Because there are clearly forces at play here, that no one really seems to understand.

And if this election tells us one thing, it’s that we’d better find a way to start understanding those forces. If not, we might end up right back to where we were four years ago.

Except, of course, that this time around Donald Trump will not be such a disruptive and divisive force… yeah right.