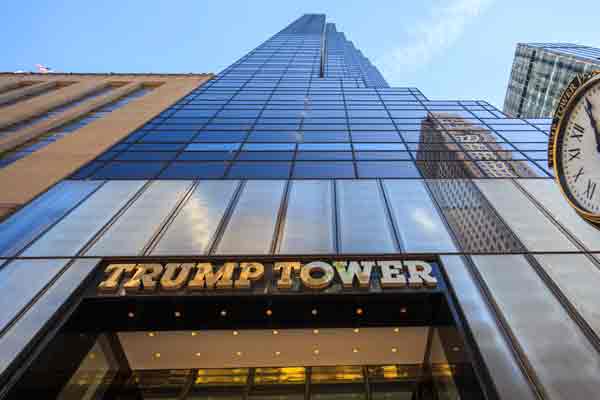 It’s true that Trump will soon be leaving the White House, however reluctantly. But he will be far from gone. In fact as a result of his leaving office, he may become more vigorous than ever. Because, while admittedly he has never shown much of a sense of responsibility, he will now feel no responsibility whatsoever – for anything. And that means he can lob bombs with impunity, at Joe Biden and the Democrats, at any Republicans who dare to stand up to him, however meekly, and at anyone else he feels the urge to attack.

And while this may be nothing new, the reason I bring it up is because it means the next few months and beyond are going to be something of a test for the media.

Throughout the past four years those in the media have been unified in their message, having regularly and predictable recited their pledge of allegiance to the cause:

Well he’s no longer the president, or at least he won’t be for long. And that represents a challenging dilemma for the media – whether or not to continue to milk their sacred cash cow. And it will be interesting to see how much willpower they have, how well those in the media are able to resist the pull of the shiniest of the shiny objects, in order to wean themselves of their addiction to Trump and his hyper-partisan hyperbole.

I’m old enough to remember a similar quandary some twenty years ago following the sudden death of Lady Di, an event that triggered a non-stop news cycle that lasted for weeks on end. But just as the story was beginning to fade, Mother Theresa, a truly sainted woman, died in Calcutta. And having just given wall-to-wall coverage to Lady Di, a woman who was famous solely because she married well, that presented the media with a huge dilemma.

And the media now faces a similar dilemma. Only this time the stakes are so much higher. This time it isn’t about celebrating the life of a saint. It’s about saving the soul of a nation, and by extension perhaps the entire modern world – with it’s global economy, and global trading system, United Nations, World Health Organization, Paris Climate Accord, and a thousand other international bodies and treaties that make up the modern world – all of which now hang in the balance. And they have only a few days to decide on a course of action.

Are they going to continue to focus their attention on Donald Trump, that shiniest of shiny objects, or are they going to get down in the details, and stick with the more mundane affairs of Boring Old Joe? Only the next few days and weeks will tell.