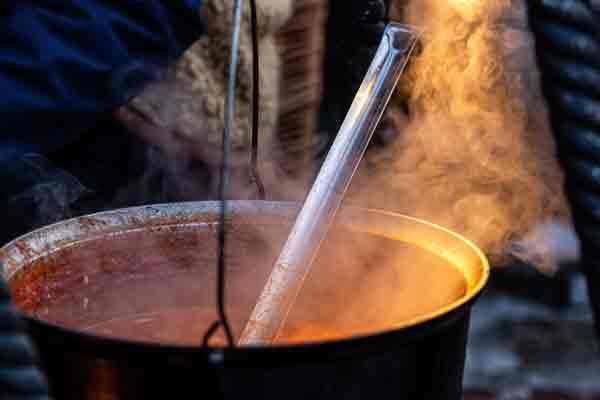 Donald Trump is not the retiring kind. Sure, he’s hunkered down licking his wounds for now. But that won’t last long, and certainly not as long as an exhausted country is hoping. And when he comes out of his cave, he’s going to be hungry – for revenge, for validation, for the chance to prove the country wrong. Which means he’s going to be on the attack against anything and anyone he feels did him wrong – according to his troubling sense of right and wrong.

Which means he’s going to continue to discredit the electoral system, including the administrators and the courts – the Supreme Court included. He’s going to be attacking the Democrats and their voters, especially the kind that were dancing in the streets at his expense. He’ll be decrying Republicans for not providing enough support and fealty, despite their near total contrition to his will. He’ll be whining about the media, for reporting the truth about the election, and… well pretty much everything they’ve said about him over the past four years. And he’ll be denouncing the Federal Reserve and the entire scientific and medical community – for failing to save his presidency.

In short, he’ll be out to get them all.

And if past is any kind of prologue, the media will be right there with him, covering it wall to wall, Tweet by Tweet, grievance by grievance. Which means they’ll be giving him all the attention he craves – and therefore all the power he needs to do whatever it is he wants to do.

Oh sure, ‘Sleepy Joe’ will manage to get his share of coverage, and it will be positive enough for the most part – certainly throughout the honeymoon period. But that won’t last forever. And when it ends, my guess is that things will take a marked turn – and not for the better.

After all, Biden will be dealing with some pretty sticky issues, ones that are not easily resolved. And then there’s that one overarching issue that will likely prove all but impossible to resolve. And it’s an issue that, as near as I can tell, he has no idea how to deal with – that of healing the national divide.

I really don’t see what he has planned for healing that divide – other than being a really nice guy and hoping everyone will suddenly see the world the way he does, and therefore finally join hands in a national and historic ‘kumbaya’ moment. Nor do I see what he could have planned.

Which means that insoluble problem is almost certain to become an immovable object in the middle of the road to resolving the most immediate and pressing of his concerns – that of ending the pandemic.

Because that divide between Republicans and Democrats in their attitudes towards COVID prevention measures is only going to widen. Which means every measure we have for dealing with the pandemic is going to become an even more divisive hot button issue in the weeks and months to come.

And to make matters worse, Biden did everything he could throughout his campaign to make it seem as though he had a fantastic new way of dealing with the pandemic, and that with him at the helm, the COVID crisis would suddenly take a magical turn – like the one Trump has been dreaming out loud about for months now.

But what is Biden really going to be able to do, that is so different from what the Trump administration has been doing?

Sure Trump messed up at the start of the pandemic, to say the least – and in a catastrophic way. But, as I argued in a previous blog on the subject, other than in his messaging, which admittedly isn’t nothing, what can Biden really do that is so different?

And even as far as messaging goes, how much of an impact can he really have at this stage in the game? Because, as I say, it seems opinions are pretty much baked into the cake at this point, certainly as far as wearing face masks, practicing social distancing, and shutting down the economy – all of which seems to be the totality of the tools now in the tool box. So again, what can Joe Biden really do?

The one area that decidedly does have room for improvement, is testing. But even there, most experts seem to agree that improvements in testing at this late stage will not have nearly the impact many seem to be claiming, and certainly not what they’d have had at the beginning of the pandemic.

Besides, does anyone really think Biden has some kind of magic bullet that will radically improve the testing regime in the country? If he does, why isn’t he sharing it with us? Why wait until he takes office to unveil such a magical plan? It makes no sense. Which tells me there is no plan, and that there really is very little he can do to markedly alter the course of the disease.

At some point, hopefully soon, a vaccine will become available in serious numbers. But how likely is it the vaccination process will go as smoothly as hoped? And what will be the reaction across the nation when things start to go wrong?

Just imagine how the process is likely to play out, amid the kinds of soaring infection rates that are expected in the months to come.

As we all know, the country is now experiencing new and alarming rates of infection, that are likely to accelerate over the winter months. So think of the scramble to distribute a vaccine in that climate. There will be 300,000,000 people waiting in line in the U.S., and billions more around the world. It’s going to feel like we’re all treading water in a shark infested lagoon, waiting for a boat to come and save us.

So how do you think people are going to react when they know there is an easy way for them to be safe, while at the same time getting their lives back in order – but they are each going to have to wait their turn?

The American public is not a patient lot at the best of times. And they are not going to be happy.

Meanwhile, to the extent the media is able to take its collective eyes off Trump, they are going to be zeroing in on every little issue – every wrinkle in the plan, every delay, every setback, every new announcement and report – such as where the critical vials are headed, who is getting inoculated and why, and who is jumping the line. And then there will be questions about the actual effectiveness of the vaccine, and what the side effects might be.

That will be Biden’s next big headache. A good percentage of the population, mainly Trump voters, are going to refuse to be vaccinated. Which means the whole inoculation regime is going to be much less effective, even for those who choose to go along, which will mainly be Biden voters.

How will Biden manage to wrangle his way through that tangled mess? And how aggressive is he prepared to be?

And all this will be playing out with Trump fully behind the vaccine deniers.

All of which means it is not going to be an easy time for the newly minted Biden administration – to say the least. In fact it’s going to be one big hot steaming mess. And Trump will be watching it all unfold on his favorite news network, buckets of fried chicken at the ready, hurling Tweets the size of bunker busters at the Biden world.

And not only will that make Biden and his administration seem weak, it will make Trump seem all the stronger. After all, it’s easy to look smart in retrospect. And he’s become something of an expert at finding ways to do that. And now he’ll have all the time in the world to put that expertise to use, second guessing every false step Biden takes.

And he’ll be doing that with tens of millions of followers hanging on his every word. And through it all, the entire media establishing will be hanging right there with them. Of that you can be sure.